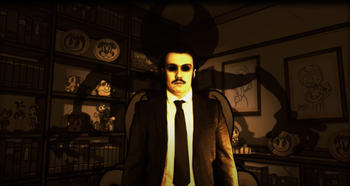 Most animators on the last night before the deadline
Advertisement: