Literature / Nine Horrors and a Dream 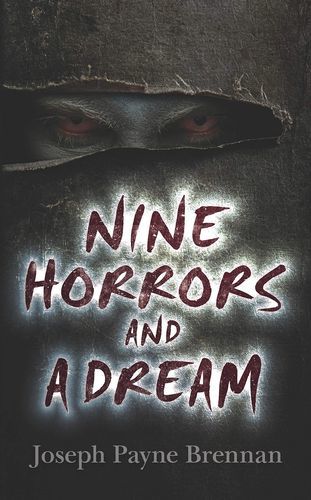 Nine Horrors and a Dream is a short story collection by Joseph Payne Brennan, arguably his most well-known aside from The Shapes of Midnight. First published in 1958 by Arkham House as simply Nine Horrors (although the full title appears inside) and again in 1960 by Ballatine with some pretty trippy cover art by Richard Powers, it collects ten stories from the very early part of Brennan's career, most of which were originally published in Weird Tales (and in fact is dedicated to that magazine, which ended publication in 1954), while a few other stories make their debut here.
Advertisement:

), while Vincent Price did the same for "The Calamander Chest" in two parts (here

Nine Horrors and a Dream contains examples of: