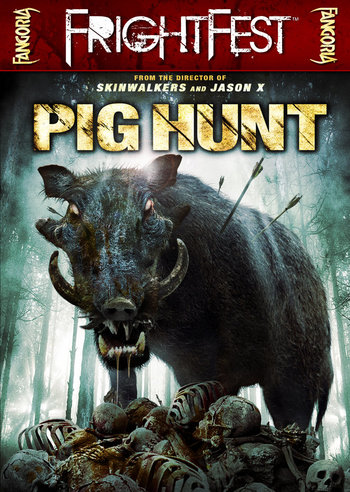 When John takes his San Francisco friends to his deceased uncle's ranch to hunt wild boar, it seems like a typical steroid-impaired 'guys' weekend with guns. As the young men trek deeper into the woods, they begin to realise the awful truth of his uncle's death and the legend of the Ripper; a murderous 3000lb boar. Their pursuit takes them through fields of marijuana and into the muddy landscape of Big Wallow, involving weaponry, the violent Tibbs brothers, tortured animals, a kukri-toting hippie, vengeful rednecks, and throat-slitting young women who grow pot by day and worship the giant boar at night. By the time the hunt's over, no one's unscathed.