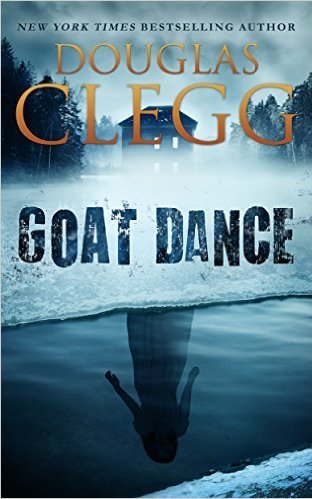 Don't go in the house alone. That's exactly what it wants.

Goat Dance is a 1989 horror novel by Douglas Clegg. Set in late 1986 through early 1987, Goat Dance tells the story of Malcolm "Cup" Coffey; an underachiever who, as the story begins is recovering from an alcoholic bender following the abrupt demise of his teaching career. Cup is also suffering from vivid recurring nightmares which, at the urging of his therapist, he is recording in a diary he calls his "nightmare journal." Cup's past is even darker than his present, however. Twelve years earlier, while Cup was a high school student at a prestigious prep school in Pontefract, Virginia, he and his family were forced to leave town following Cup's involvement in a tragic accident. When Cup receives a cryptic phone call from the person he was with on that fateful night, it pulls him out of his tailspin and he returns to Pontefract determined to face what he has been running from for over a decade.

Meanwhile, Pontefract has a new local celebrity: a little girl who returned from the dead. Following resuscitation after drowning, Theodora "Teddy" Amory seemingly displays psychic powers that her mother is determined to profit on and which, unbeknownst to either of them, Teddy's older brother has sinister plans for...

On their separate journeys through the sleepy antebellum town, Cup and Teddy encounter the town's bizarre, often cruel denizens in both natural and unnatural forms, unaware of the true horror awaiting them at the ancient eldritch location known as the Goat Dance...