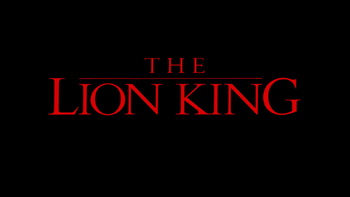 "We are all connected in the great Circle of Life."
Advertisement:

The Lion King is a popular Disney franchise that began in 1994 with the Disney Animated Canon film of the same name. It mainly revolves around a pride of lions who are the royalty overseeing a vast swath of African savannah called the Pride Lands, with the pride's leader seen as king by the other animals. The franchise's first three films famously feature many Shakespearean themes in their plots.

This was Disney's first franchise to have EGOTed, and to this day retaining the record for the shortest timespan to receive all four awards, receiving its grand slam in only four years.