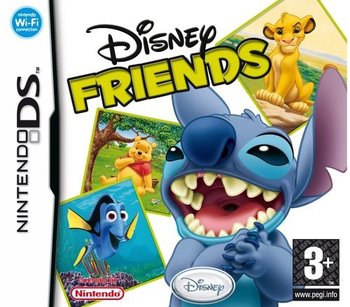 Disney Friends is a Disney Nintendo DS game released in 2007 and developed by Disney Interactive Studios. One fateful night, you've recently been enlisted by Tinker Bell to be the caretaker of four very special Disney friends: Stitch, Dory, Winnie-the-Pooh and Simba. Now at Disney Castle, you have to keep your new friends happy by feeding them, playing with them and going on exciting adventures with them!

Tropes that apply to Disney Friends: