Film / The Age of Adaline 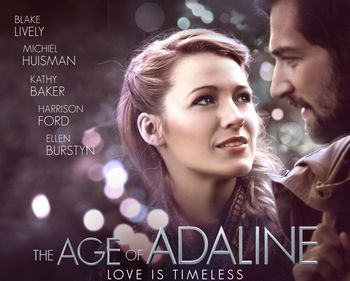 Adaline (Lively) dies at the age of 29 after crashing her car into a freezing river in 1937. She is then resurrected by a bolt of lightning but discovers that she does not age any longer. Nearly eight decades later, at the age of 107, she meets and falls in love with Ellis (Huisman) but resists his attempts to woo her, fearing that she will outlive him.