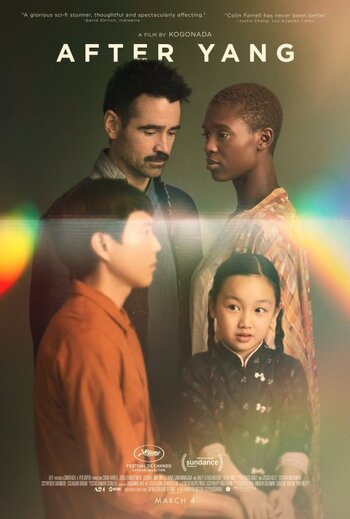 After Yang is a 2021 film by Kogonada. It deals with a future in which life-like androids are often brought into private homes to act as pseudo-siblings to the family's children, particularly in cases where a child has been adopted out of their birth culture.

The Flemings are one such family, with a white father, Jake (Colin Farrell), a black mother, Kyra (Jodie Turner-Smith) and their Asian daughter Mika (Malea Emma Tjandrawidjaja). When Mika's robotic companion Yang (Justin H Min) malfunctions, Jake goes on a quest to repair him, delving into Yang's memories and strengthening his bonds with his wife and daughter.

The film debuted at Cannes in 2021 before a theatrical release in March 2022.