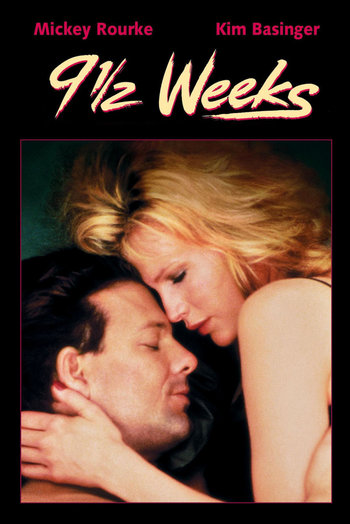 They broke every rule.
Advertisement:

The film spawned a direct-to-video sequel, Another 9½ Weeks in 1997, with Rourke returning, but with Angie Everhart as the female lead. A direct-to-video film, The First 9½ Weeks (1998) was billed as a "prequel," but it features no characters from the previous two films.