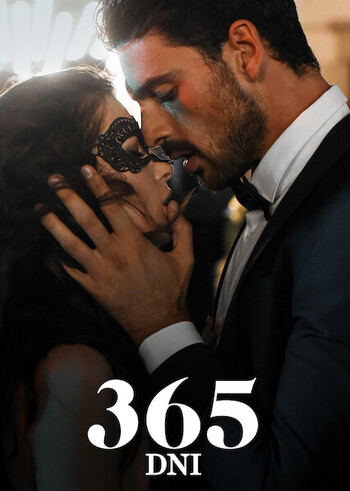 Massimo Torricelli (Morrone) is the boss of an Italian Mafia family from Sicily. Laura (Sieklucka) is a sales executive whose private life lacks passion. On a trip to Italy, she is kidnapped by Massimo, who saw her on a beach years ago, and gives her 365 days to fall in love with him.

The film was released theatrically in Poland on February 2020 and was later made available on Netflix, quickly gaining global attention, making the top three most viewed items on Netflix in numerous countries. Netflix has subsequently taken over the production of two sequels, This Day and Next 365 Days.