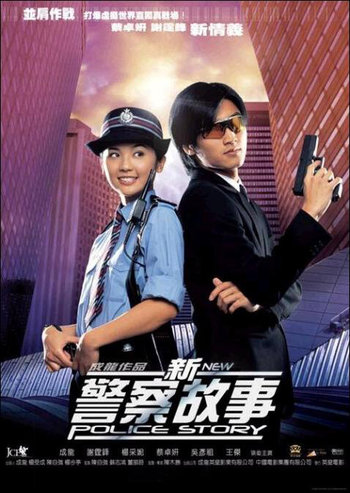 A 2004 reboot of the successful Police Story series starring Jackie Chan, Nicholas Tse and Daniel Wu. The movie focuses on Jackie Chan's character, Chan Kwok Wing hunting down a group of young bank robbers, who managed to kill his entire team when they attempted to apprehend them. A year later, Chan is informed by his new partner, Frank Cheng (Nicholas Tse) that they are going to strike again, and only Chan can stop them.

Much darker than the past Police Story movies, and indeed one of the darker movies by Chan in general. Much lower in terms of slapstick and the fights, while very well choreographed, lack many of Chan's signature elements, shooting instead for more straightforward, well-done action.