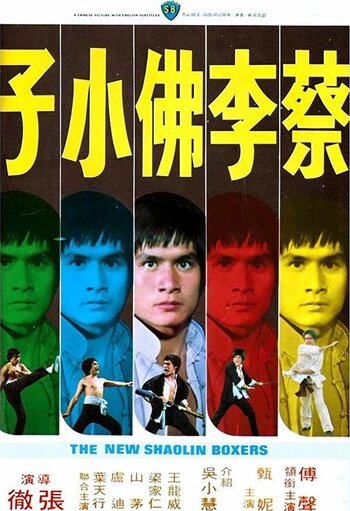 The movie poster drives in the point of the film being Alexander Fu's breakthrough to fame.
Advertisement:

Chung Chien (Fu), a righteous but reckless young martial arts trainee, gets himself in trouble after interfering with street brawls one time too many. His constant picking of fights ends up having him expelled from his martial arts school, where his father, the esteemed Master Chung, decide to have Chung Chien sent to train under a hermit in the hills. At the same time, a dangerous local gang leader have plans to take over the town by eliminating all the martial art families.