Film / And the Band Played On 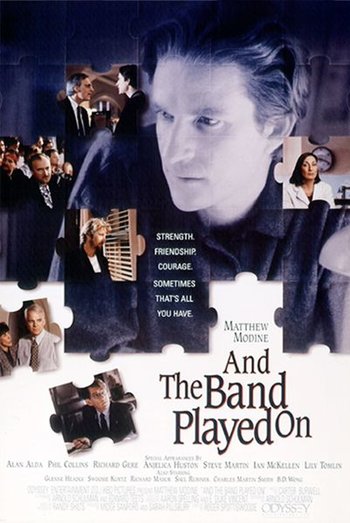 It explores the multitude of topics that the spread of AIDS brought to the fore: most notably, the gay community and homophobia. It is something of a Tear Jerker. Based on a book of the same name written by Randy Shilts, a reporter for the San Francisco Chronicle.

And the Band Played On provides examples of: