Film / And Starring Pancho Villa as Himself 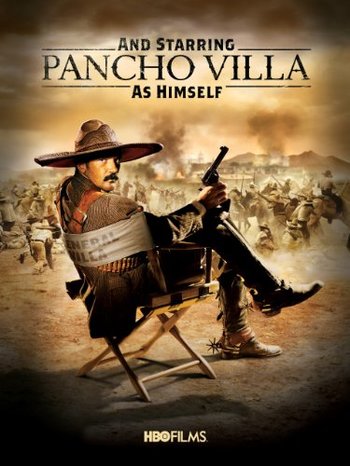 A 2003 HBO original movie written by Larry Gelbart and directed by Bruce Beresford.

Griffith sends the young Frank Thayer (Eion Bailey) to strike a deal in which the needs of war and truth must give way to the rules of entertainment.