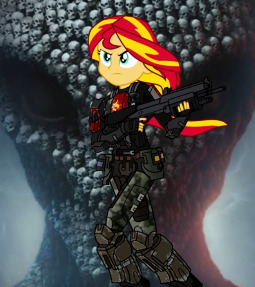 Unhappy that her future as a member of the monarchy is denied by Celestia, Sunset Shimmer escapes through Starswirl's Mirror into another world, planning to take it over to prove once and for all she was fit to rule. What she didn't expect—besides a species change—was to arrive in a world already conquered.