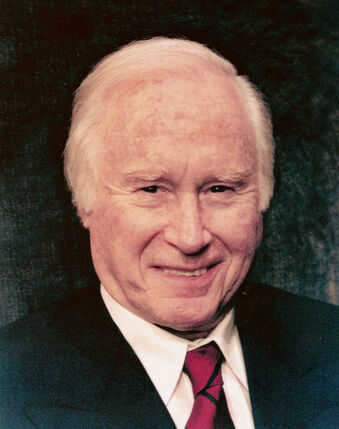 You might be able to win a bar bet (or TV trivia contest) if you know that Coe was an original cast member of NBC's long-running sketch show, Saturday Night Live. You see, when the show premiered, Coe was listed as one of the Not Ready For Prime Time Playersnote the original cast that included Chevy Chase [later replaced by Bill Murray], John Belushi, Dan Aykroyd, Garrett Morris, Laraine Newman, Jane Curtin, and Gilda Radner, because NBC wanted an older, more established actor to contrast the young, raucous cast it had at the time. Coe was soon dropped from the listed cast when Lorne Michaels figured out that he wasn't really necessary, but he did do voiceover for some of the early fake commercials, and in one sketch he did a celebrity impression of Walter Winchell. That's about as far as his career with being in the original cast of SNL went.

Coe is more remembered for his long career as a character actor, including providing the voice of Archer's put-upon butler, Woodhouse, on the FX animated spy parody sitcom Archer.