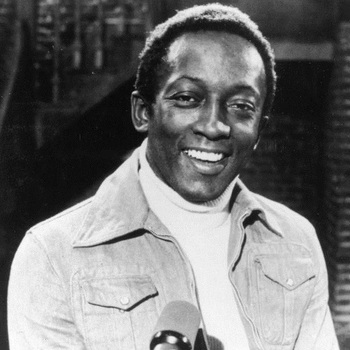 Garrett Morris (born February 1, 1937 in New Orleans, Louisiana) is American comedian, actor, and singer best known for being one of the original cast members of Saturday Night Live, The Jamie Foxx Show, and 2 Broke Girls.

Morris's tenure on Saturday Night Live is rather infamous, as his treatment on the show at the time (in which he did not get enough screentime or roles that weren't stereotypical) led a lot of people to believe that SNL doesn't treat its African-American cast members well; despite Eddie Murphy becoming one of the show's breakout stars, and later black cast members like Chris Rock, Tim Meadows, Tracy Morgan, Kenan Thompson, Maya Rudolph, Jay Pharoah, Leslie Jones, Sasheer Zamata, Chris Redd, and Ego Nwodim getting just as much screentime as the white cast members, other cast members, such as Danitra Vance, Damon Wayans, and Yvonne Hudson sadly also fell into the same situation as Morris — something that fueled Damon Wayans to create his own sketch show in the 1990s akin to Saturday Night Live, but catered more to African-American audiences: In Living Color!

He has been married to Freda Morris since 1996.