Characters / Daphne in the Brilliant Blue

Here be the characters of Daphne in the Brilliant Blue. 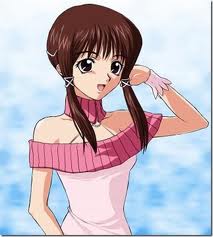 "A tree planted near water bears fruit, but only when its time is right. Its leaves won't ever wither, and brings prosperity to all."

The Protagonist. The show begins with her acing the Ocean Agency's Entrance Exam, but is rejected and everything goes downhill from there. Since she's no longer a student she can't live in her dead grandfather's house. She can't afford a place to live in uptown so she goes downtown to look for a job and is rejected at every one of them. She's pickpocketed. She's held hostage by a running criminal and then shot by the person chasing him. Then that person offers her a job.

Maia gives examples of these tropes 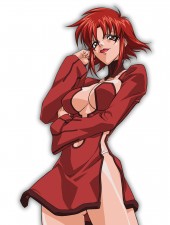 The defacto leader of Nereids, Rena runs the branch through the force of her personality. She's the one who gave Maia her job and assigns her missions. She's also the one who got her kidnapped in the first place by using her as bait.

Rena gives examples of these tropes 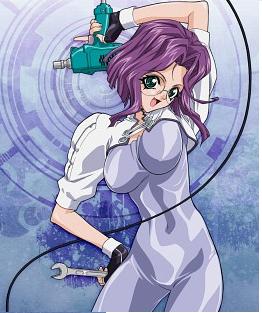 "I'm gonna taste everything Siberia City has to offer!"

The mech expert for Nereids. She assisted Rena in the mission that got Maia involved with their company. More compasionate to the younger girl's plight, she takes the girl under her wing.

Shizuka gives examples of these tropes 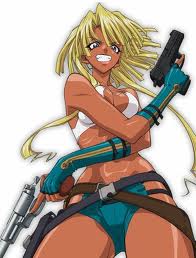 The weapons expert of Nereids. Pre-series she was seperated from the group during a raid on a criminal hideout because the bag of gold she was carrying ripped. She blames Rena for abandoning her and returned to Nereids solely for her paycheck from that mission. Due to all the damage she caused, she ends up owing Rena instead.

Gloria gives examples of these tropes 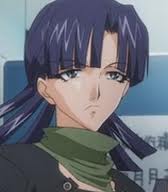 "Dogs are grateful. They never forget kindness shown them."

Yu is the close range specialist of Nereids. She's also more of a Destructive Savior than Gloria, having been imprisoned pre-series for excessive property damage in pursuit of two petty thievies. As soon as she gets out, she goes back to Nereids.

Yu gives examples of these tropes

The nominal head of the branch office, he's pushed around by everyone except Maia. He never goes on missions. Instead, he does the paperwork.