The Whelkshore Alliance are the semiofficial "main characters" of ORP and the go-to heroic group. They range from far-seeing idealists like Zebedee and Sly to more present-focused pragmatists like Natalie and Ender, but all share a basic understanding of the right thing to do and a drive to do it. Zebedee has two houses and Sly has a mansion in the same neighborhood in Whelkshore, so other members can often be found putting up there as tenants. 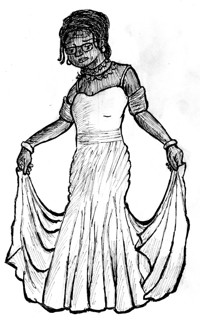