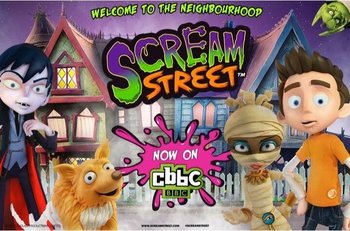 Being a freak is totally normal, when everyone's freaky paranormal!
Advertisement:

Scream Street is a children's animated series, based on the book series of the same name, filmed in stop-motion animation, possibly as a Homage to gothic films by Tim Burton and Laika.