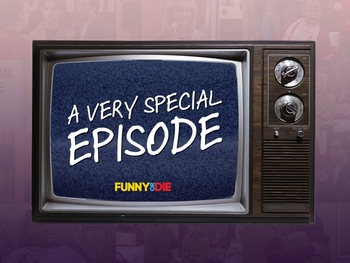 A Very Special Episode is a web series produced by Funny or Die, in which an unseen Narrator recaps Very Special Episodes of various American sitcoms of the 80s and 90s in a humorous manner, often pointing some of the poor stylistic or writing choices of the show, as well as some of the faulty logic. Each episode ends with the narrator recapping what was to be learned from the episode, which may not always encompass the lesson the episode was trying to give out.

The series shares writer and narrator Dashiell Driscoll, as well as style, with its sister series Zack Morris is Trash. There are a total of four seasons, available on a playlist

on YouTube. According to Driscoll, there are currently no plans for a fifth season.