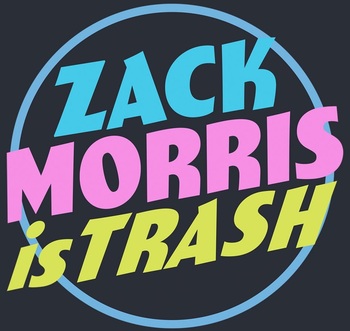 Web series produced by Funny or Die, in which an unseen narrator deconstructs actions made by Saved by the Bell's lead character Zack Morris in order to expose his character flaws and show fans that he is, indeed, trash. Like A Very Special Episode, it is written and narrated by Dashiell Driscoll.

The series has completed five seasons, premiering episodes weekly on YouTube which can be seen in this playlist

See its sister series, A Very Special Episode and Telenovelas Are Hell.