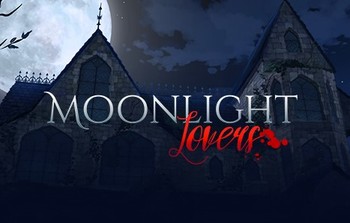 "Can your heart handle this love?"
— From the game's site.
Advertisement:

Moonlight Lovers is a French online visual novel created by BeeMoov games, the same company behind My Candy Love and Eldarya.

Eloise, an ordinary orphan girl living an ordinary life in an orphanage, has it turned upside down after coming of age and inheriting an immense manor. She soon discovers that it is already inhabited by six vampires, whom she can befriend and flirt.

It is set in the same universe as My Candy Love.

This Visual Novel provides examples of: