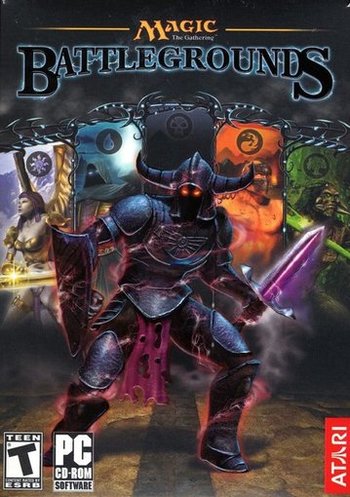 Magic: The Gathering - Battlegrounds is a real-time strategy battle game for the PC and Xbox based on the well-known Collectible Card Game of the same name. Developed by Secret Level and published by by Atari in 2003, it bears little resemblance to its parent in terms of gameplay - rather than a turn-based card game, players take part in a dynamic and fast-paced Wizard Duel using a small selection of spells and creatures.