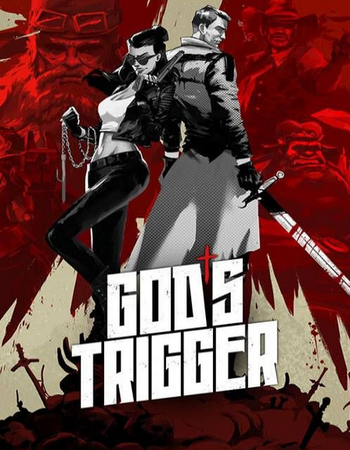 What happens when a fallen angel named Harry and a banished demon named Judy pick up a bunch of guns and start shooting their way through hell and heaven to bring down the famed Four Horsemen before they can finally trigger the Apocalypse?
Advertisement:

The answer is a Run-and-Gun game named God's Trigger, created by One More Level and published by Techland. Story-wise, it is the anti-Darksiders; gameplay-wise, it plays just like Hotline Miami, if it had co-op and gave its characters supernatural abilities. It was released on April 18th, 2019 on PC, Playstation 4 and Xbox One.