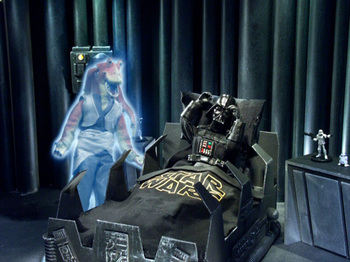 The fan reception to Jar Jar summed up in one image.
It's a big galaxy and not everyone's going to come off smelling like roses.