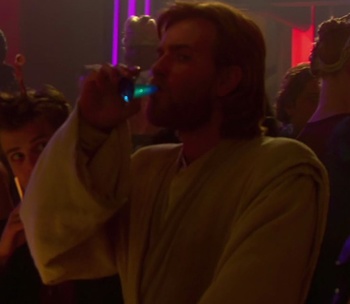 After dealing with another one of Anakin's shenanigans, Obi-Wan needs that drink.