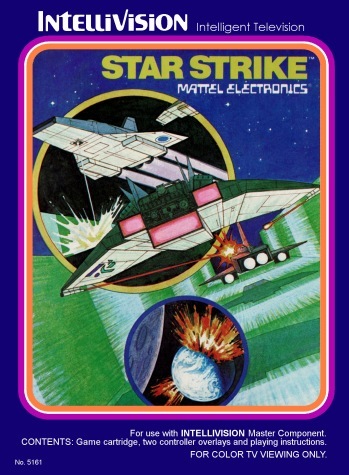 Star Strike is a 1981 Intellivision game published by Mattel Electronics, which was also ported to the Atari 2600.
Advertisement:

In the game, you control a star fighter that must destroy several missile silos of a battlestation to keep it from launching one at Earth and destroying it. Opposing you are the battlestation's alien fighters that are trying to destroy you.

Not to be confused with the FMV game released for the Sega CD or the ZX Spectrum game 3D Starstrike (which was a clone of Star Wars: The Arcade Game).