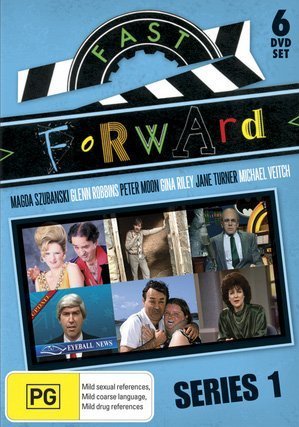 Fast Forward was a Seven Network sketch show which aired from 1989 to 1992. The show was presented as if the viewer was channel surfing, with static appearing briefly between each sketch. The sketches themselves varied from parodies and take thats of contemporary (and not-so-contemporary) media to sketches based around certain characters, who would appear once an episode. It was replaced in 1993 with Full Frontal.

The series featured many great Aussie comedians of the era, including Jane Turner, Magda Szubanski, Marg Downey, Michael Veitch, Gina Riley and Steve Vizard. However, much of the material has been dated so badly that it doesn't air on television often.