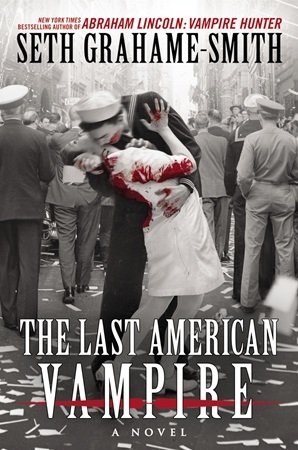 Did you wonder what happened to Henry Sturges and his end-of-book companion after the events of Abraham Lincoln: Vampire Hunter? Seth Grahame-Smith did, and tells the reader about it in the 2015 sequel, The Last American Vampire.
Advertisement:

In between events from 1865 to the present day, in which Henry pretty much Forrest Gumps his way through major historical events, he tells the reader about his pre-Lincoln life. Well, the parts he remembers well, anyway. He also has to deal with a Big Bad going under the name "A. Grander VIII", who's working on wiping out the "good guy" vampires like Henry to clear the way for some major manipulations of human events for the benefit of the "bad guy" vampires.