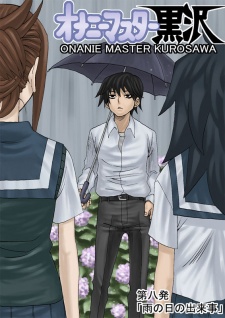 It's Death Note but with fapping.

Being done as a voice drama here

. There is also an after-story of sorts here

. A mini comic depicting humorous scenes not previously shown can be found here courtesy of this deviantart user here

Not to be confused with Strongest Legend Kurosawa.

Other manga series by the same author include Straighten Up! Welcome to Shika High's Competitive Dance Club and The Story Between a Dumb Prefect and a High School Girl with an Inappropriate Skirt Length.