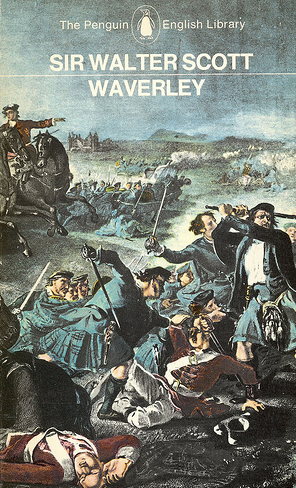 Walter Scott's first novel, which is often considered to be the first work of Historical Fiction. The novel followed the title character, the young English gentleman Edward Waverley, as he falls in with a group of Scottish rebels during the 1745 Jacobite Uprising.
Advertisement:

This novel lent its name to Walter Scott's entire oeuvre as the "Waverley novels", since he wrote them anonymously, and every one between this and 1827 was credited to "The Author Of Waverley".