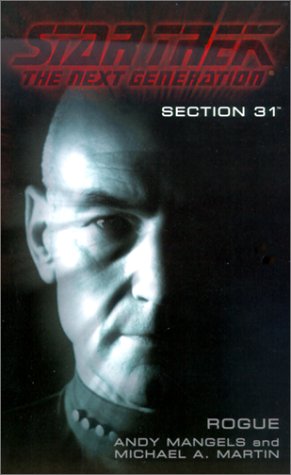 Part of the Star Trek Novel Verse, one of four books released under the "Section 31" banner. For those who don't remember them from Star Trek: Deep Space Nine or Star Trek: Enterprise, Section 31 is an illegal covert operations division within the United Federation of Planets, dedicated to protecting that entity regardless of the legal or moral restrictions it would place on them.

In this novel, Captain Jean-Luc Picard learns of Section 31 while dealing with a diplomatic dispute between the Federation and the Romulan Star Empire, who both seek to court an inhabited planet (Chiaros) that will grant access to the local region of space to whichever it ends up joining.

The novel is perhaps, in retrospect, most notable for introducing the character of Ranul Keru, who would go on to greater things in the wider Star Trek Novel Verse.