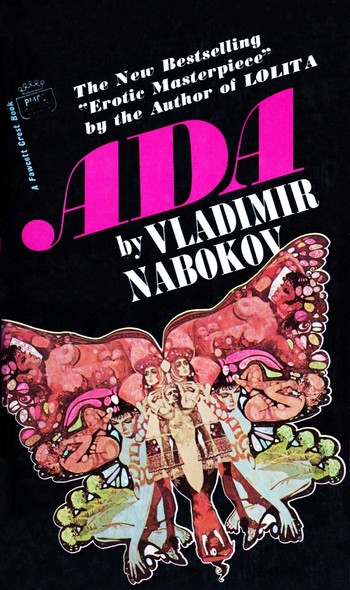 Ada, or Ardor: a Family Chronicle is a 1969 novel by Vladimir Nabokov, taking the form of the longnote Nabokov's longest novel, in fact memoirs of a psychiatrist around 1967 looking back at his 97 years of life. Rather than his career or philosophical thinking, however, the bulk of it concerns his over 80-year-long love affair with his "cousin" (actually sister), Ada from the title.