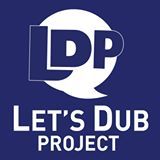 In January of 2013, a small Let's Player known as Tyranee (aka Peter Grant) decided to make a Let's Play fan-dub of Apollo Justice: Ace Attorney. He gathered a group of people to voice the several characters, and synced their voices to the footage of him playing the game.

Since then, the project has grown considerably, evolving from the initial concept of Let's Plays with voice actors! to full-on dubs with gratuitous amounts of ad-libbing, sometimes even including professional voice actors. In addition, the project has expanded beyond only simple Let's Dubs, with new series including: Let's Derps (a dub wherein the plot of the game is largely ignored in favor of humorous ad libs), and Let's Fixes (a series wherein badly-dubbed scenes from games and other media are re-dubbed).

No relation to The With Voices Project.

Series That TLDP Have Done:

open/close all folders
Games that the Project have Let's-Dubbed
Advertisement:
Other Stuff

The Let's Dub Project has examples of the following things in their work: