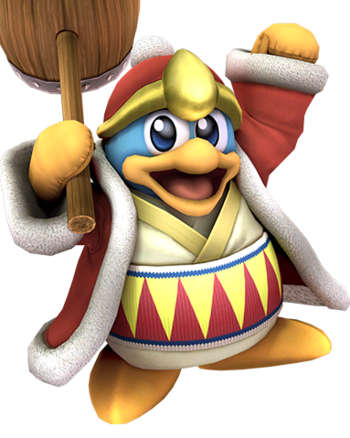 They're gonna make me a fortune, I say, a fortune that is! Plus I like 'em.

The head of the Brawl Spectator society and thus the man in charge of the world government. Dedede hosts the Brawl Tournament, having his men oversee its operations while he makes a profit from wagers. A womanizing Mr. Vice Guy usually played for comic relief, there's more to him though than the first glance would suggest... if only by so much. 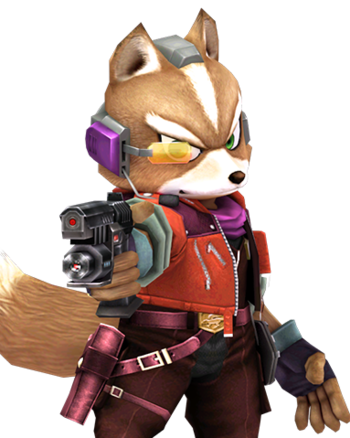 A member of the Brawl Spectator Society and formerly the Top Fighter of Melee. Fox serves under President Dedede to manage the smooth operation of the Smash King Tournament, as well as commentating on the matches themselves with Falco. A perceptive individual and a good judge of character, Fox will follow his instincts when he senses something amiss, even if it means going behind the B.S. Society's back to do it. 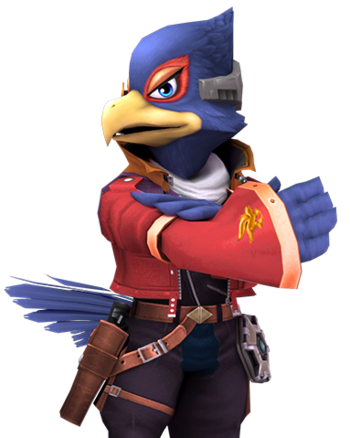 Really Fox? You really don't see why I hate the name?

A member of the Brawl Spectator Society and high ranked tier fighter in Melee. Falco works alongside Fox as Spectator for the Smash King Tournament. He is a bit more level-headed than Fox, and is quite annoyed of Dedede's antics that further cement their name of The B.S. Society. 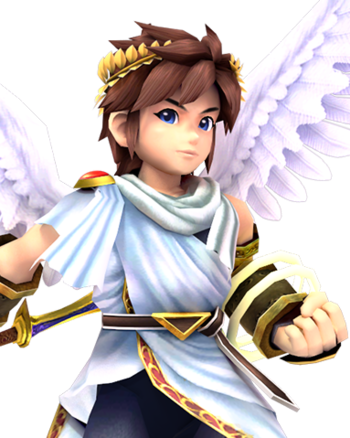 You're fouling up everything, you fool!

The third member of the Society, Pit is the referee for the Smash King tournament and various exposition matches. A complete by-the-books stickler, Pit is easily flustered when something goes awry.