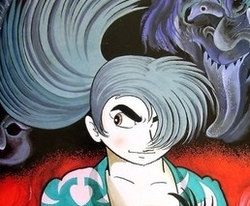 Son of Daigo Kagemitsu, young Hyakkimaru had his body parts stolen by the demons that his father made a pact with. As a result, the vast majority of his body is prosthetic, and he can't see, hear, smell, or even talk. He goes on a journey to kill the demons and take back his body bit by bit. 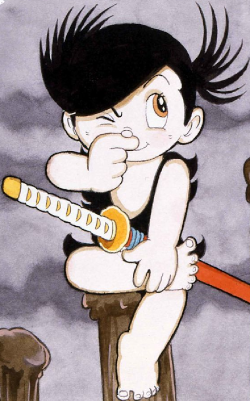 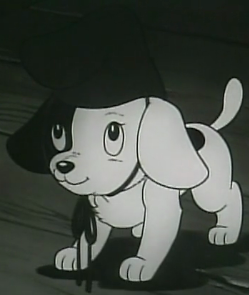 A puppy wearing a hat that travels with Hyakkimaru. Original anime character only and does not appear in the manga.