This is a listing for characters associated with the Narn Regime that appear in the ScienceFiction series Babylon 5. Visit here for the main character index.

Narn in general
Though it take a thousand years, we will be free.
Advertisement:
Ambassador G'Kar 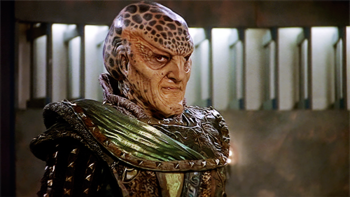 Played by: Andreas Katsulas
It is said that the future is always born in pain. The history of war is the history of pain. If we are wise, what is born of that pain matures into the promise of a better world, because we learn that we can no longer afford the mistakes of the past.
Na'Toth
Played by: Caitlin Brown, Mary Kay Adams
Ta'Lon 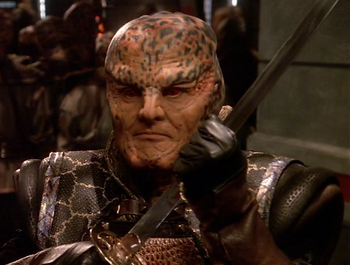