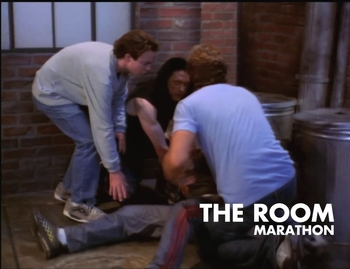 You're tearing me apart, Williams Street!
"Oh, hi, [adult swim]. I got the results of the test back. You definitely have April Fools!"
— TOM, appearing for the first time in four years

There exists one television network that has reliably done a big April Fools' Day prank every year. Adult Swim is that network. Though, sometimes, the prank can be more of a present.