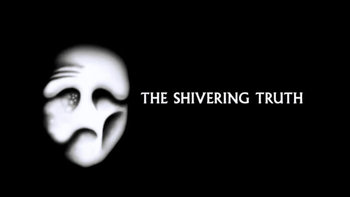 The Shivering Truth is a 2018 stop-motion horror/comedy anthology/sketch series created for Adult Swim by PFFR, the minds behind The Heart She Holler, Wonder Showzen and Xavier: Renegade Angel.

If you've seen anything from PFFR, then you'll know exactly what to expect. On June 26, 2022, Toonami co-creator Jason DeMarco revealed in a Twitter Q&A

that the series has been either quietly canceled or in production limbo, after its Season 2 airing in 2020.

"The true nature of the universe is chaos, and is beautiful, and must never be defiled again."