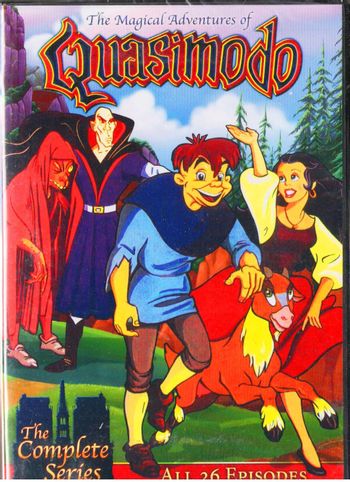 The Magical Adventures of Quasimodo is a Canadian-French animated television series loosely based on the Victor Hugo novel The Hunchback of Notre Dame.

In 1483 Paris, Quasimodo teams up with gypsy girl Esmeralda, her brother Francois and a charming goat, Djali, to fight villains, stop sinister plots, and escape from traps. They often come face to face with their greatest enemy, Frollo, a man dedicated to the pursuit of all evil.