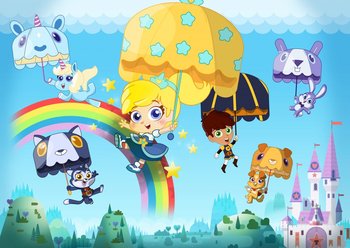 "With this key, please take me to the special land called Magiki..."

Magiki is a French-Italian animated series that was released in 2017.

Billie is an ordinary 7 year old girl who lives with her father and older twin sisters. But whenever the twins pick on her, she takes refuge in her magical land of Magiki, where her toys come alive and help her overcome her sisters' meddling along with her best friend and neighbor, Truman.