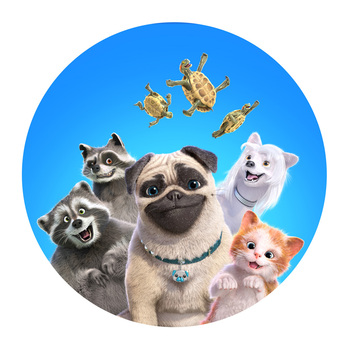 Mighty Mike and friends
Mighty Mike is a French CGI-animated series which is co-produced by Team TO and Digital Dimension, and first launched in 2019.
Advertisement:

It follows the adventures of Mike, a pug as he tries to woo a dog called Iris and he has help from three turtles as they try to stop two raccoon brothers.

The series is notable for using hyper-realistic design