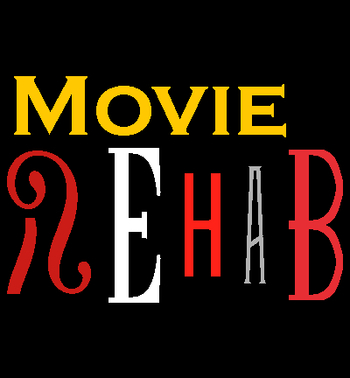 "Welcome to Movie Rehab. Are you sane enough to escape the show?"
—SaG's Opening Catchphrase
Advertisement:

SaG is the host of the webseries Movie Rehab in which he reviews movies, both good and bad, in his own quirky way.

The series was created by Jack Skyblue who has also founded the reviewer site Team Night Saturn, where he posts his own reviews as well.

. He also had a Zippcast account until the site closed down in June 2016.