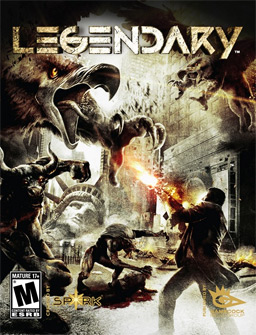 Legendary, also known by the Working Title Legendary: The Box, is a 2008 First-Person Shooter developed by Spark Unlimited and published by Gamecock Media Group. The game puts you in the role of Charles Deckard, who is hired by the mysterious Orlando LeFey to steal Pandora's Box. Unfortunately, Deckard opens it instead, releasing horrible monsters. He and his partner, Vivian Kane, must get rid of the creatures and take down LeFey.