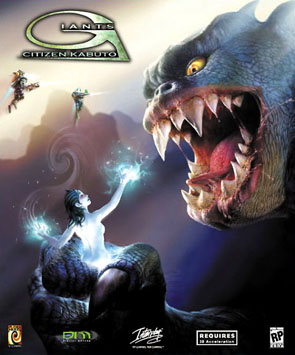 And you get to play all of them (sort of).
Advertisement:

Giants: Citizen Kabuto (hereafter called Giants) is a Third-Person Shooter video game with real-time strategy elements, released by Interplay Entertainment in 2000 for PC, with a Playstation 2 port the following year. It was the first game developed by Planet Moon Studios, who went on to make Armed and Dangerous and the Wii rhythm-action game Battle Of The Bands.

The cast features a group of quirky heroes and villains including: