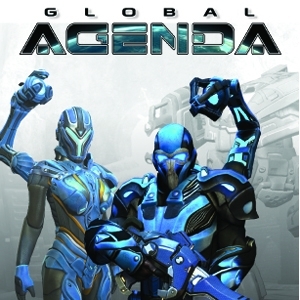 Set in the future of a fictional universe, where Britain never lost control of its American colonies. After World War III destroyed much of the Earth, Avatar, a benevolent AI assisted in the creation of The Commonwealth, to prevent a similar war from occurring ever again. Unfortunately, by the time the actual game runs around, the Commonwealth has become an Orwellian nightmare, ruling much of the world through superior technology and vast amounts of disposable Mecha-Mooks, with the few states free of its control left to rot in poverty under total embargo. You play a member of an admittedly fractious alliance of frontiersmen and dissidents trying to form a new state free from the corruption of the Commonwealth.

More game modes and content are being added to the game regularily through expansive patches. Sadly the game is more or less dead in the water, with some fans clinging on, thanks to Hi-rez moving on to the more popular Tribes: Ascend.