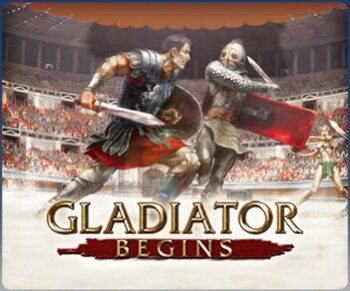 Gladiator Begins is a video game released for the Playstation Portable in 2010. It was developed by Goshow and published by Acquire and Aksys games in North America. It is a prequel to the 2005 Playstation Video Game, Colosseum Road to Freedom. Set during the reign of Marcus Aurelius and Lucius Verus, Marcus Aurelius has fallen ill and factions for Marcus's son Commodus and the General Avidius Cassius are vying for the throne. Meanwhile, Co-Emperor Lucius Verus has been hosting many gladiator games, and it is during this climate that the game starts. The game is meant to be played more then once, as there are branching paths in the story, and many weapons and armor to collect in each path. The paths in the game are represented by four Patrons the player can eventually side with: Aquillia, Elisaveta, Brosius, and Pomponius.