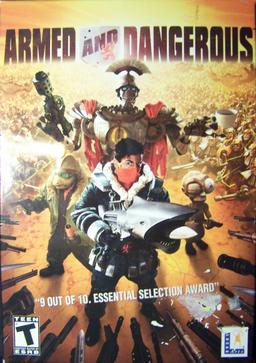 This is your team, feel free to panic now
Advertisement:

A hilarious game by Planet Moon Studios, the same people who made Giants: Citizen Kabuto, who in turn were the same people who made MDK while working at Shiny Entertainment. Featuring a cast of misfits battling though a living parody of Britishness to pull off the ultimate heist and maybe while they're at it, save the world. Your group consists of the smelly, blind seer Rexus, a tea drinking robot named Q, as well as Jonesy, a moleman with a little too much interest in explosives. Your role is the protagonist, Roman, who may or may not have really bad teeth.