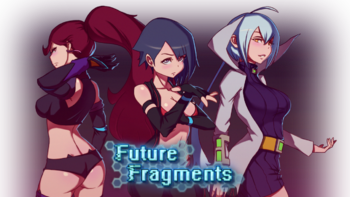 In the year 1000, a magical kingdom faces possible defeat in a war. Its king decides to send his two most powerful mages, Talia and Faye, to the distant year 3000 to retrieve a powerful suit of armor that can turn the tide in this war: the Future Fragments. However, Faye and Talia both have their own motives for getting the suit, and they're entirely separate from saving the kingdom...